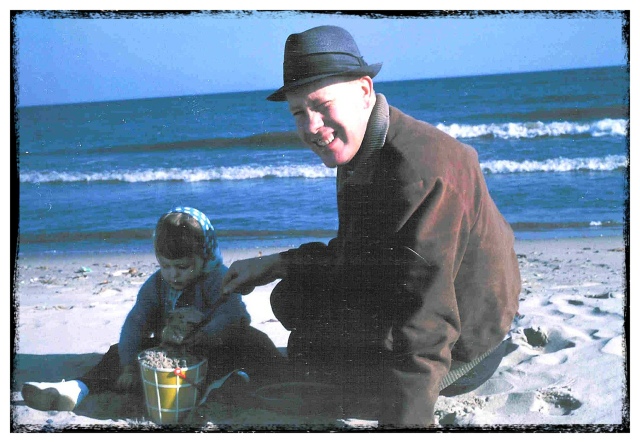 One of my dear friends said goodbye to her father not too many days before Father’s Day. Yes, it is just another greeting card holiday. But who can deny what seeps into our hearts from the outside…the art vs. life thing…and marketing which has survived at least a century now…?

Much as we’d love to deny Facebook, my own confession here is that some mosh-pit social media moments have instigated some real views into the moment we love to highlight as Buddhists – freshmen, sophomores, and graduate students.

This watershed moment brings together the days I began running when I realized that the strengths of my strong breathing chest could somehow bring life into my father’s last exhausted months of life. And it was the moment, that realization, that he became not just my father, but a human being standing, leaning onto me as we both stood beside his hospital bed. And for the first time, we were the same height…at least that’s how it felt.

I realized that my shoulders, the ones he called his “favorite halfback”…no, just just quarterback, but a halfback, were stronger than his.

That three weeks in the University of Wisconsin Madison cancer ward were my first real adult days. Across the hall from Dad was Michelle, who had a one-month-old baby, a husband with dark circles under his eyes, and stage four bone cancer. I don’t remember anyone else. I do remember the postings for tie-dye night for patients only, and the numbers on everyone’s door with the daily hematocrit, leukocytes, and anything anyone could measure which proved hope was still alive when not much else was.

The doc began transfusing platelets since Dad was too old for a bone marrow transplant at the cusp of 59. I naively witnessed the first one. Mom had returned home; I can’t remember why, but I arrived and was renting $3/day student housing and eating just as cheap on the medical/ag school campus. I had never witnessed a convulsion, and the gaze from my father’s eyes was the bright green of Lou Ferrigno becoming the Incredible Hulk. There were concerned faces by the attending staff, yet I had learned long ago how to manage panic in childhood and become still and dead, just with eyes observant.

The young nurse later brought me down to some couches at the end of the hall to ask what the directives were. I was completely puzzled.

“He spiked at almost 105 Fahrenheit.” I hadn’t translated the Celsius measurement. Immediately I realized I had no clue, and no answer.

“Well, I almost didn’t make it.” He did indeed realize it and the intense green gaze was fully aware 6 hours earlier. The Benadryl had worn off by evening, and the research doc realized that this was the only method Dad could receive his transfusions.

In the early 90s there were still people protesting when someone was unplugged, and Dad was a devout Catholic. Yet, he wouldn’t accept Novocaine at the dentist’s office. So, where was the logic of what to do without his direction? I parsed that he wouldn’t want to be in a vegetative state, but fully alive.

“I want everything done to keep me going.”

Well, that near miss was merciful. A month later, when he was finally declared terminal and in the hospital closer to home in Illinois after I brought him back, it was clear that he wouldn’t entertain the possible or practical until the fight was truly over.

I couldn’t go into the cancer ward for a few days. I had to run along the Lake Mendota, I had to visit every shop near the Capitol, I couldn’t go and see him. All I could do is try a mile at a time.

Each breath, each push, each side stitch, each pain. Each one had to make him stronger. There was nothing else I could do.

I made a deal with the nurses when I called. I would call him from work right after lunch hour, each day, before the Benadryl hit with each transfusion. The days before cell phones, the days of expensive midday long-distance calls. He was lucid, we could talk. I don’t even remember about what

The nurses weren’t supposed to be starkly honest in those days. Hospice practice was in its infancy, and we were so far behind in the Midwest. But someone was honest with me.

In late October, it was time.

I learned, later, that this man I thought religious, who became a lay minister in our parish, nearly didn't accept last rites. He couldn't lie, he at the end didn't believe God was there. After all those Sundays, I was shocked to learn that. (For nearly a decade, it was simply too painful for me to attend any church, my association was that strong.)

I flew back, I wasn’t sure what to expect. He was suffering. I knew it wasn’t going to be pretty, and I was scared to death. Ironic. My brother, only 21, softly told me not to be afraid. “It’s not as bad as you imagine.”

Dad waited until I arrived. How a body can wait when there is no logic, when the breath is, literally, all there is left. My brother, our mother and I sat, for several days. I felt so selfish, so exhausted. Dying isn’t like Hollywood. The body works its way into birth, and it takes time to die. That’s just what it does. The hard part is to witness the pain, the exhaustion.

Midday, that Wednesday, it wasn’t good anymore. When you read about congestive heart and lung failure, it’s not good. That’s why one shouldn’t smoke. A person drowns in their own lungs. Dad’s leukemia had nothing to do with smoking. Towards noon, he said he couldn’t see, there were “webs over his eyes”, and then his feet became ice cold. The nurses began to tear up. Dad looked at me, standing at the foot of his bed. His lungs were filling with fluid.

“I just want to die in peace. DO SOMETHING,” he said to me.

My mother was at his left, his doctor at his right. Dad, in character, had resisted pain relief, narcotics, drugs. He wanted his head, his awareness. The doc turned on a modest drip when I looked him in the eye and said, “Yes, now.”

His chest, his head, his body relaxed. He could rest, he could breathe, what breath there still was.

His cousin, whom we called Uncle Joe, came in, choked up, and then had to leave. His work friend, a couple train stations down the line, came in.

“Leo, just like always, you were great at reading books through your eyelids.” To us, we remembered a few times after a long day Dad would nod off and end up in Milwaukee at the end of a long day instead of where his car was parked.

My brother and I sat at each side, and realized when it was time to say goodbye. He even tried to say it to us, and Mom ran for help.

The stop lights still changed in the distance below the window, my breath still continued after following his for days. My breath didn’t stop, his did.

“Life goes on,” was what I heard in my head.

Fucking platitudes, they are true, and that one wouldn’t leave, sitting there. The reaper wasn’t there, but that saying staked my heart.

It was November, and not long after the sky darkened. We left the room, I took his hat and doubled over. He always wore a Fedora.

We began down the hall, and I had to return, once more. His cheeks were still flushed. I had to check once more, just for one more breath.

Then, I became a partner, when my parent left. It was in this moment that those letters transposed. Those who give us our breath, our parents, they too are only human. They breathe with us, and we with them, until they don’t, and we still do.

And we still breathe, live, and love, and we try to find that love in our partner.

“Don’t forget to breathe!” Reagan, our yoga teacher, would say.

“You sure picked a weird time to start running,” my husband said, as he went with me, night after night, that winter.

And life goes on. 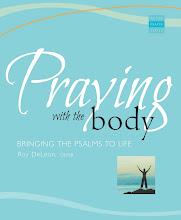